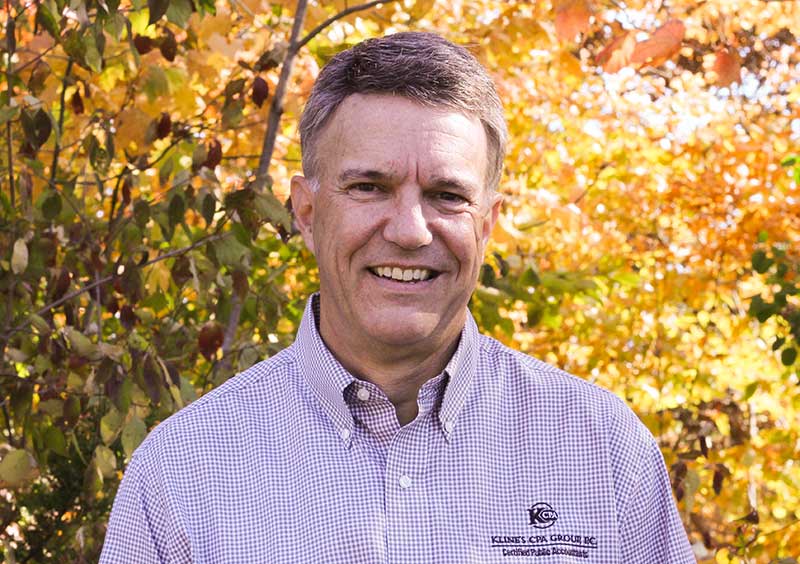 Mark worked in public accounting for four years after college before taking a position as the controller for a Fortune 500 manufacturing company.  After ten years with this company, he went back to public accounting when he joined American Express which eventually became Kline’s CPA Group.  Mark has been with Kline’s for 18 years and has been a partner with the firm since 2005.  Mark has earned a certification with the Internal Revenue Service as an Enrolled Agent.

Mark is married to Diann and they have a teenage daughter.  They reside in Huntington and are members of Christ the King Episcopal Church where they volunteer their time to various outreach programs of the church.

Mark is the treasurer of two not-for-profit groups, Little Blessings Child Care Ministry and the Dan Quayle Commemorative Foundation.  He is also a member of the local Optimist Club in which he is a past president and Optimist of the Year award winner.  Mark has also been on the board of directors for the local Salvation Army and has assisted with the local United Way campaigns.

While he is not working, Mark enjoys bowling and golfing, as well as traveling with his family.